Longtime Bellwether Board Member Steps Down After Half Century of Service. 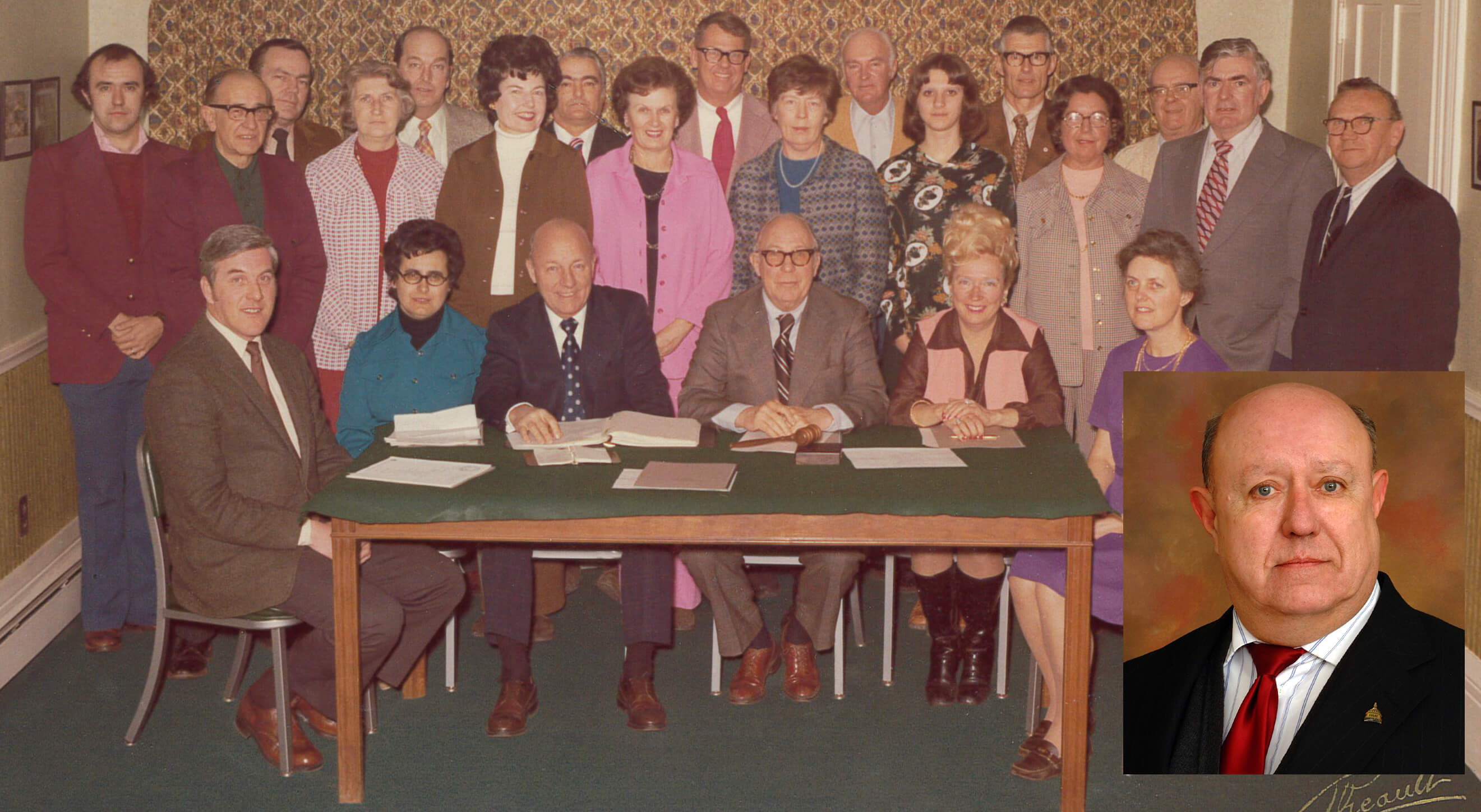 David Anderson (inset bottom right) spent 50 years on the Bellwether Community Credit Union Board of Directors. He is also pictured on the far left at one of his earlier credit union meetings about half century ago.

When David Anderson joined the Board of Directors of what is now Bellwether Community Credit Union, banking looked a little different than it does today. There were savings passbooks, adding machines and lots of paper passed around.

Despite all the changes Bellwether has experienced over the years, the credit union’s principles have remained strong and steadfast throughout Anderson’s 50-year tenure at the credit union.

“Bellwether was always there for the member. We never wavered on that value,” said Anderson. “It has always been people banding together for other credit-worthy people. We stayed true to these messages.”

It was a chilly day in January of 1971, when 22-year-old Anderson attended his first board meeting for the Telephone Credit Union of New Hampshire. He had been a member for a year and the credit union just cracked $1 million in assets. Now Bellwether stands strong at close to $500 million in assets.

As the youngest member of the board at that time, Anderson was pleased the see the diversity. “Every department was represented from operations to accounting to management to non-management. There were 21 people on the board,” he said.

But there were also growing pains, especially during union strikes, but the board always put their differences aside and “focused on what was best for our members,” according to Anderson.

Anderson was on the board when the credit union’s first president, Dick Mahoney, was named in 1976. Mahoney was followed by Michael L’Ecuyer 25 years later. After L’Ecuyer’s retirement, Nathan Saller took over the reins in the fall of 2019.

“It’s time to ride into the sunset,” said Anderson. He added that he has every confidence that talented people have and will step up and the credit union will flourish under the new leadership of Saller.

“Bellwether is extremely grateful to Dave for his significant contributions to our board. His 50-year commitment to the credit union’s mission of improving the financial lives of our members has strengthened our organization and prepared us for a better future,” said Saller. “On behalf of our employees, members and Board of Directors, I’d like to thank him for his unwavering service and dedication to the credit union.”

A native and still resident of Auburn, Anderson will spend his time with his wife Sue where he will fix things, complete projects and keep busy and independent.

“I am extremely proud of my time and experience,” said Anderson. “I am humbled and truly grateful for the experience. It was the people who made it special.”