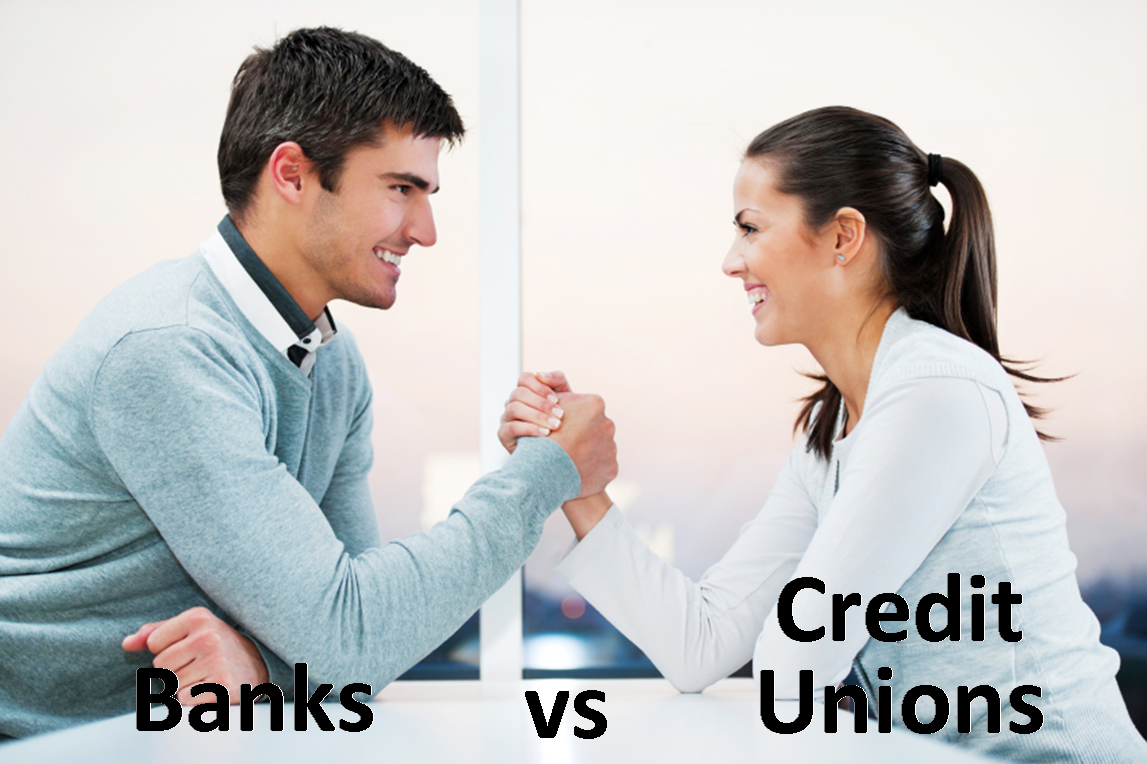 Banks and Credit Unions are the Same Right? Not Quite!

From profit models to fees and customer service, let's analyze exactly what the benefits and drawbacks are to each. We want you to make an educated decision going forward. You've worked hard for your money, and you should pick a financial institution that will provide you with the exact kind of service that you need.

Before you lose interest... (sorry) we thought we would give you a quick overview of the entire blog post for those that just want the quick points.

Alright, for those that want that explanation in a little more depth, let's talk shop.

What is a Bank?

In essence, both banks and credit unions are financial institutions that accept deposits and create credit for the public.

Banks are run on a for-profit model. This means that banks are owned by investors, which could be a few key individuals or thousands of anonymous shareholders. Large banks are listed on the New York Stock Exchange, and small banks are typically owned by a few wealthy individuals.

Even though banks typically don't offer competitive interest rates, they do have a massive structure due to their for-profit model. Some of the larger banks have 5,000 or more locations, which makes sense if your primary goal is getting as many people signed up so that you can improve your bottom-line.

What is a Credit Union?

Because credit unions are owned by its members, credit unions typically community-driven goals that shift their priorities to community service and local outreach.

What Does it Mean to be a Member?

While both banks and credit unions accept deposits, each one of them does offer a different service model, so it's important to understand what the benefits and drawbacks of each are before you go about opening an account with either of them.

Is My Money Safe in Both?

Depositing money with either a credit union or a bank is completely safe. If either were to fail for some reason, your money would be insured.

Both the FDIC and NCUSIF are backed by the federal government.

Do Credit Unions and Banks Offer the Same Services?

Credit unions usually have the added benefit of offering services to members. As an example, we offer financial planning for all of our members.

Sure, we're a credit union, so you're expecting us to go on a rant about how we're the best option under the sun. But, we aren't going to do that. Honestly, there are benefits to both. We aren't here to start a flame war with banks. We also aren't here to lure you into using a credit union without knowing what your options are.

It's not only about the money though, credit unions typically receive higher satisfaction scores across the board for customer service.

The great thing about credit unions is that, even though we may have fewer locations, we like to partner with other credit unions so that you can use our services nationwide. This isn't true of all credit unions, and not all banks have tons of locations.

The end message here is that you should pick an option that's best for you. We want you to succeed in your financial goals whether or not it's with us.

We offer some pretty incredible interest rates ourselves here at Bellwether. If you live or work in New Hampshire, find out why Bellwether could be the perfect choice for you. We have insanely competitive interest rates and some excellent customer service to boot.

* What do you call an employee on his first day working at a bank? .... the Nutella.